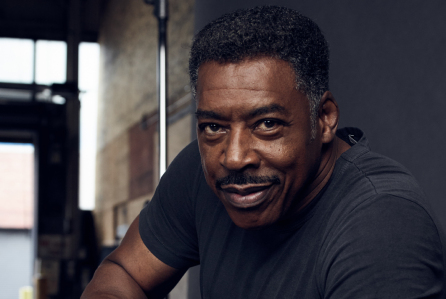 Hey every one it’s Gozer84 again, And this time I met another awesome actor Ernie Hudson!!!! I’m going to need to redo my top best day list as I’m seeming to have a lot of them now lol.

I was super excited to go to Spooky Empire this year as I saw Ernie Hudson was on the list of special attendees. I previously met Dan Aykroyd  awhile back and had my Proton Pack singed and couldn’t wait to get Mr. Hudson’s autograph on my pack. While walking around dressed in full gear everyone  knew who I was there to see, I was stopped for photos and was asked to do some mini interviews of Spooky Empire. I was told that the special guest booths would be open at 10 a.m so I look at my phone and I began to get excited as it was 9:55 a.m so I headed to the guest booths. I was now in Mr. Hudson’s waiting line and as I was talking to people in line he walked into the room and we all clapped for him. Here I am all excited and nervous and I hear ” Hey! Who you gonna call?” It was him asking me so I replied “I’m already here”, He laughed and told me to come on up, He complemented me on my Proton Pack and all of my gear. He began to sign my pack and I was taking pictures of him doing it and his manager came to me and said that personal pictures were $10 and the pack autograph was $70 because it was an exclusive item. I was in shock of the prices but Mr. Hudson told the manager that “We will not charge him those prices”  The manager dropped the personal pictures from the bill and only charged me the regular autograph fee amount of $40. I looked at Ernie Hudson and was like “Thank you so much for doing that for me, I mean you already put me to the front of the line and now your doing this”.  We chatted for a little while after the line cleared and all I can say is Mr. Hudson is one down to earth, super appreciative, kind, loving, and genuine guy who loves his fans. 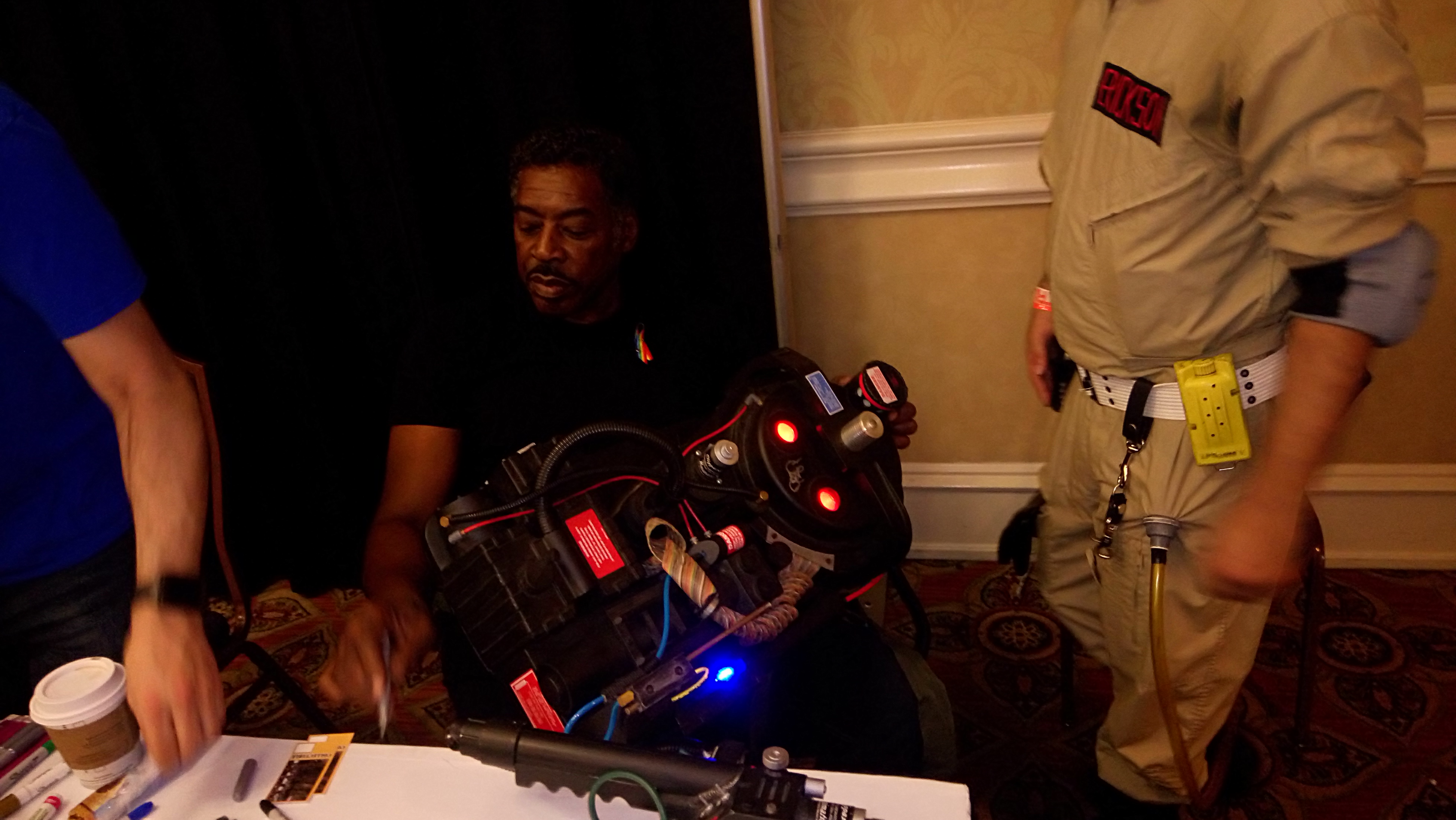 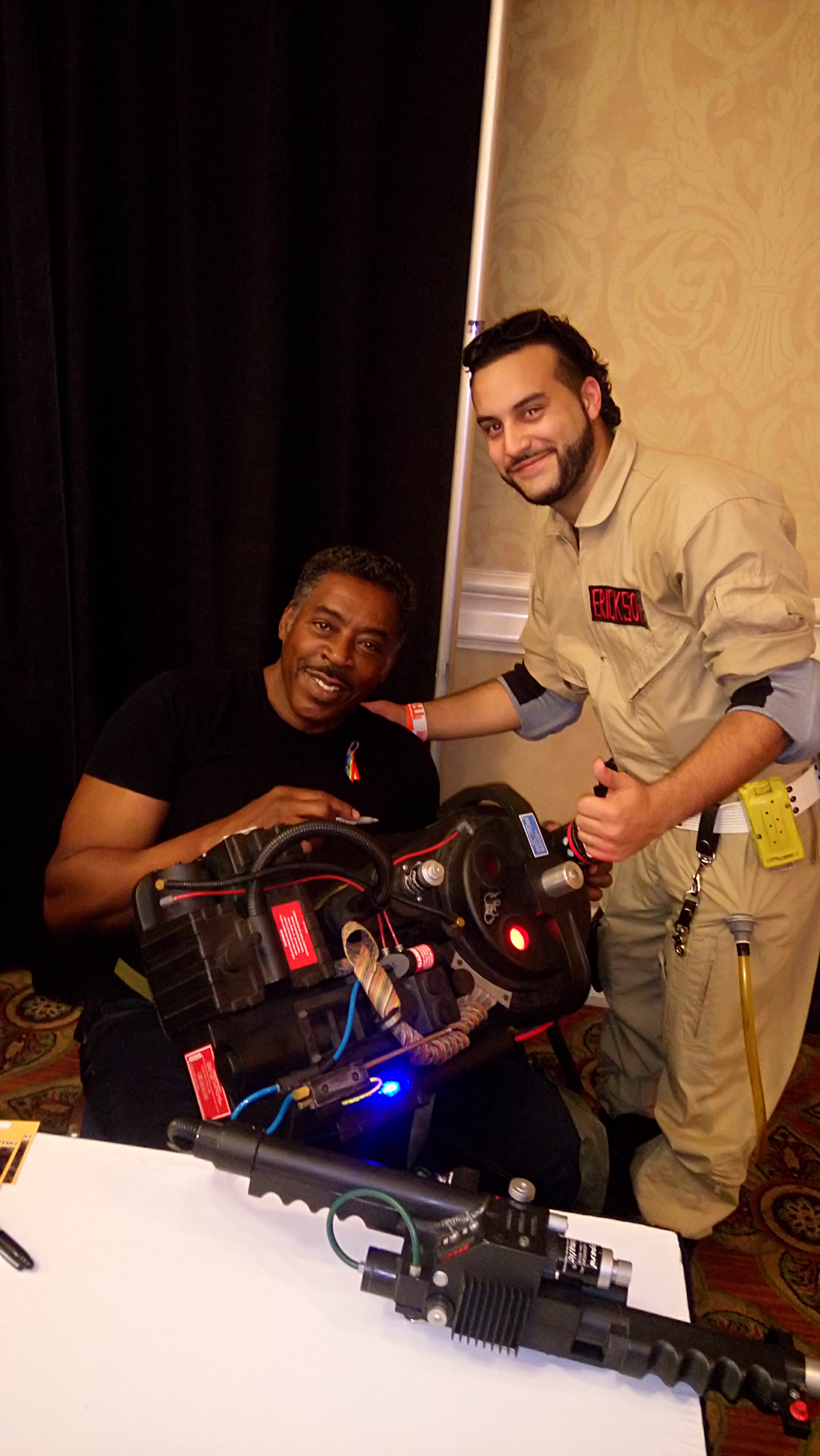 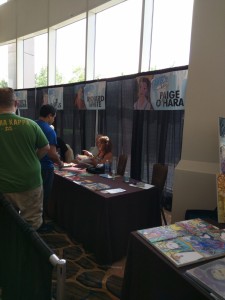 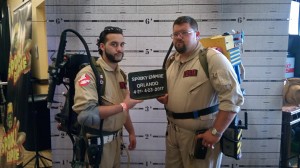